Recently I was sewing a quilt. It had a face on it which turned out to be larger than I expected. 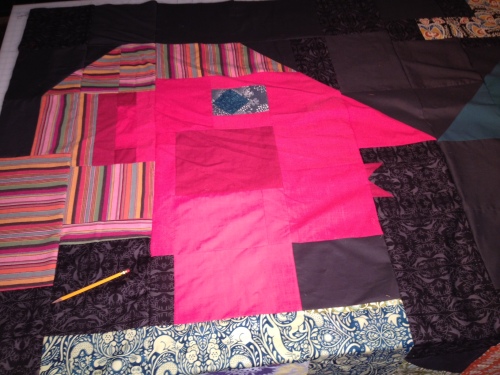 I wondered what a REALLY big quilt would look like. Hmmm – if I sewed together pieces of old wool blankets I could make a very large quilt without backing it. And thus the idea for Mr. Big was born.

I put out the call for wool blankets and several kind people gave me some.Thank you Fay Jones, Kate Harkins, Reeta Tollefson, Diane Glenn and Marcia Paschkis! I cut all of the blankets into 12″ squares which my  trusty cat Ruby guarded.

Once I knew how many squares were available, I drew up a plan. 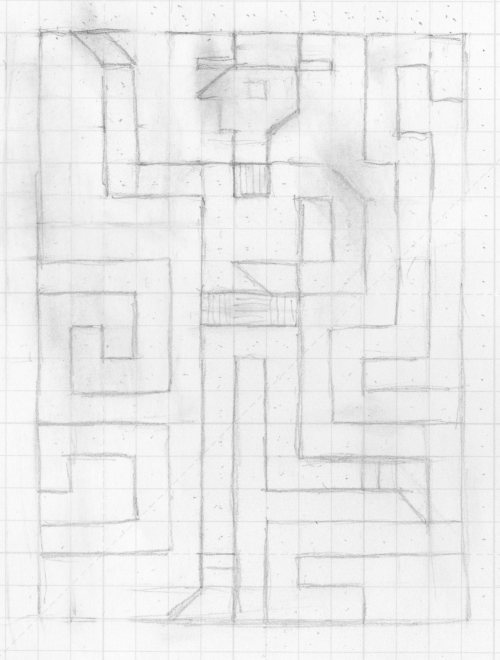 Each ¼” square would be a 12″ wool piece. I didn’t have a room large enough to lay it out, so I borrowed one from Coyote Central. Once I saw the quilt  I took away the two outer rows bringing it down in size to 11′ x 18′. I left the figure intact but rearranged the background several times. 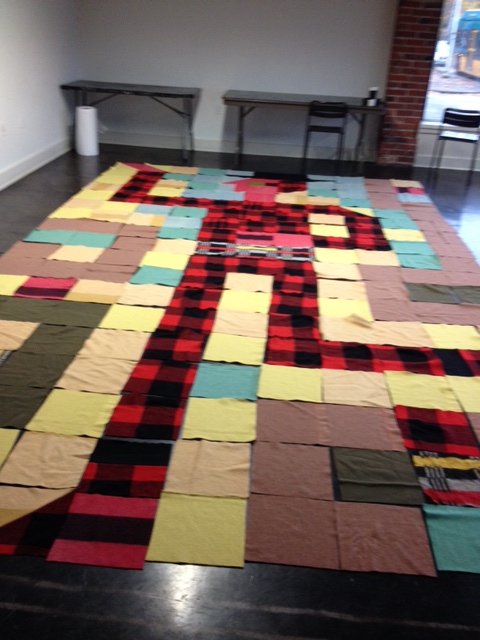 After I saw how big it really was I felt overwhelmed and wondered what on earth I was doing. But if I didn’t keep going than I had needlessly destroyed a lot of nice blankets.

So I picked up each row and put it in its own bag. I came home and sewed.  The sewing became more cumbersome as the quilt grew. But it was possible! It was even fun; the ridiculousness of the project made it entertaining.

The finished blanket was once again too big to spread out in my house, so I took it back to Coyote for a look. I stood on a ladder to photograph it.

And then took a rest (photographed by Marybeth Satterlee). 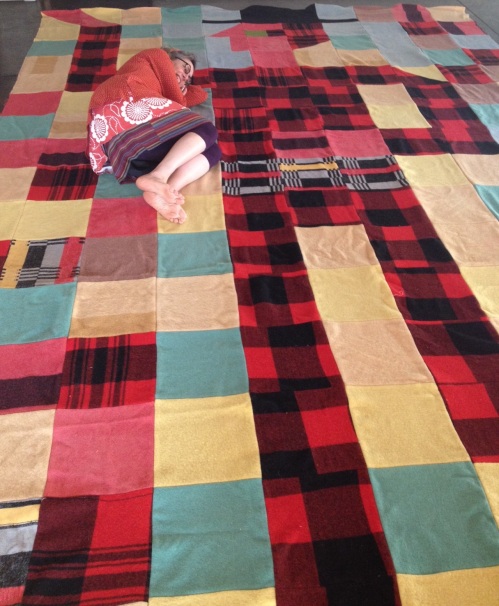 In May I will be having a show at the Bitters Barn in La Conner. I hope Mr. Big will fit on a barn wall there. After that I will need to find either a cold giant in need of a blanket, or a giant wall. Hmmm. 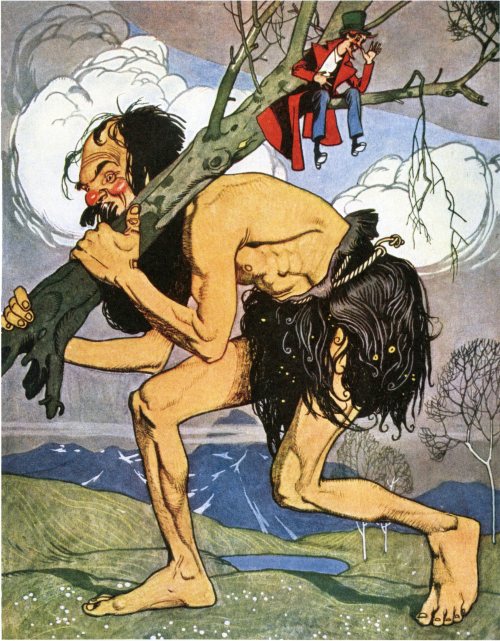